A Step Back in Time Event

Home / A Step Back in Time Event
Back to Archive

A Step Back in Time Event

DISTED Heritage Club organised “A Step Back in Time” activity to discover the historic heart of George Town. Led by Mr Chow Chee Kit, 16 students had successfully completed the heritage trail. Students were grouped into teams of 4 and thus began the discovery journey of the famous George Town UNESCO World Heritage Site.

The very first stop on the list was St. George’s Anglican Church, located at 1, Lebuh Farquhar. This is the oldest Anglican church in Southeast Asia standing at 200 years old, having seen 2 World Wars and the Independence of Malaysia. It has also survived a bombing during the Japanese occupation and several restoration works that followed. Upon our arrival at around 8.45am, the teams were given a guided tour around the compound and church as well as a brief explanation on the church’s history and historical value to Penang. The teams were then given an adequate amount of time to complete the trivia questions before moving onto the next location.

Walking a few meters up brought them to the Catholic Church of the Assumption on the same street, another historical landmark that has stood erect since its establishment 232 years ago by Sir Captain Francis Light and his companions. The team were yet again given a guided tour around the adjacent Catholic Diocese Museum, where they were briefly enlightened on the history of Penang as well as its early settlers and inhabitants highlighting particularly the history of the Catholic Church on the island. Later on, They were led to a unique art exhibition to view the many unconventional portrayals of Catholicism which appeared to blend & situate the Messiah into the ordinary settings of fishing and ‘kampung’ life in the more rural regions of Malaysia. Finally, the team were ushered into the church where the teams were yet again given time to observe and hunt for answers to their questions before leaving for the next site at roughly 11am.

Carrying on, it took a 5 minute walk to the Goddess of Mercy Temple located on 30, Jalan Masjid Kapitan Keling, the oldest Taoist temple on Penang Island at 291 years old. Unlike the previous 2 locations, the teams were on their own with searching the nooks and crannies for clues before their time was up. The team spent roughly 15 minutes there before taking a break for lunch at Ananda Bahwan on Penang Street.

The last stop was the Leong San Tong Khoo Kongsi (also known as Khoo Kongsi) on 18, Cannon Square, one of the most bustling streets on the island with an immense number of tourists on a daily basis. One of the most distinctive Chinese clan associations in Malaysia, it is well known worldwide for its extensive lineage that can be traced back 650 years, as well as its closely-knit and defensive congregation of buildings and a magnificent clan house . The teams were given another 20 minutes to scout around for tips and solutions to their trivia before departing for Gudang Cafe for the final gathering and dismissal.

It was a fun-filled and informative day for students to understand the importance of heritage preservation and rich culture that earned the state recognition by the United Nations Educational, Scientific and Cultural Organisation (UNESCO). 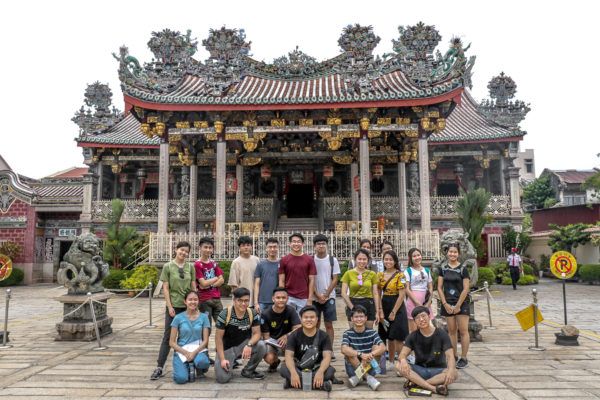 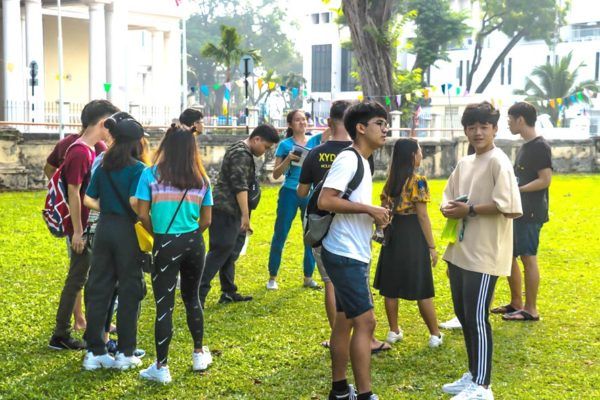 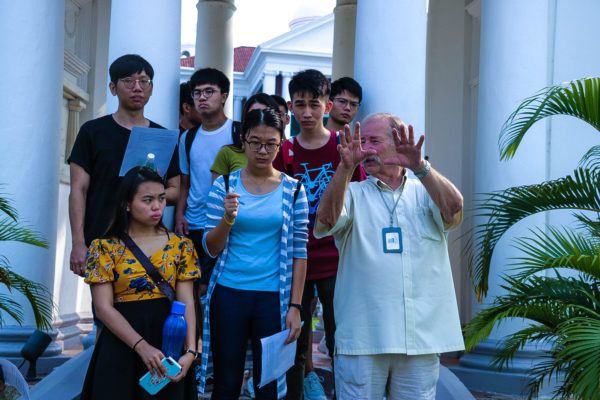